The Organizing Committee of KSCCM·ACCC 2022 has reserved rooms at discounted rates to accommodate participants.
Reservations will be made on first-come, first-served basis. Therefore, early reservation is highly recommended.
Please send your reservation request to the hotel directly.
The deadline for reservation through our website is March 31 (Thu). 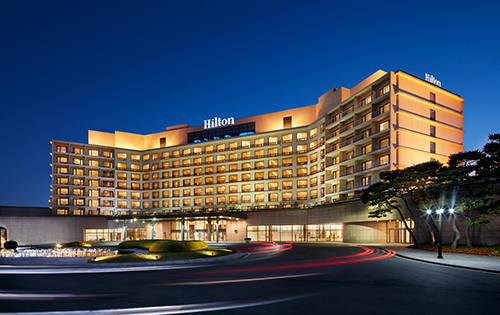 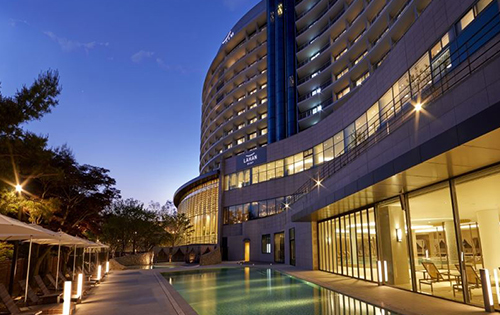 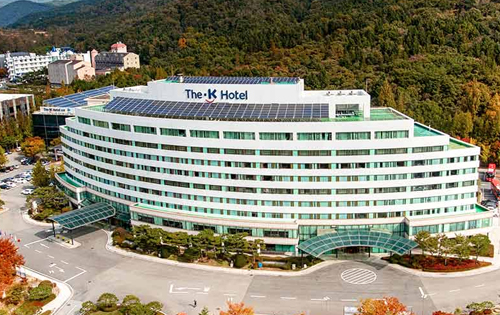 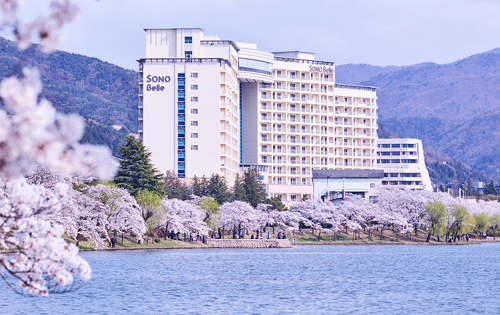 The treasure of a brilliant cultural heritage Welcome to Gyeongju.

Gyeonju was the capital city of Silla of 992 years. The history of Gyeongju, which was once called Seorabeal, is also the history of the thousand-year-old Silla Dynasty. Gyeongju embraces a radiant ancient culture where Buddhism, science, and the arts and crafts of the people of Silla flourished, and the great spirits of Hwarangdo attained the unification of the three kingdoms.

This is why Gyeongju is so well preserved by its people and thus, has been designated as a World Cultural Heritage by UNESCO. The evergreen spirit of Silla has been alive here for nearly a thousand years. Gyeongju is truly a museum without walls.

It comes as no surprise that the hot place from a 1,000 years ago remains a hot place to this day.
The key to any tour of downtown Gyeongju comes down to Gyeongju’s Historic sites.
Here, you can explore Wolseong, which served as the royal palace of Silla, Donggung and Wolji, which served as the main living quarters for princes, Daereungwon, a spot for the leisure and recreation of kings, Cheomseongdae, the oldest astronomical observatory in Asia, and Gyelim, Silla’s sacred forest. 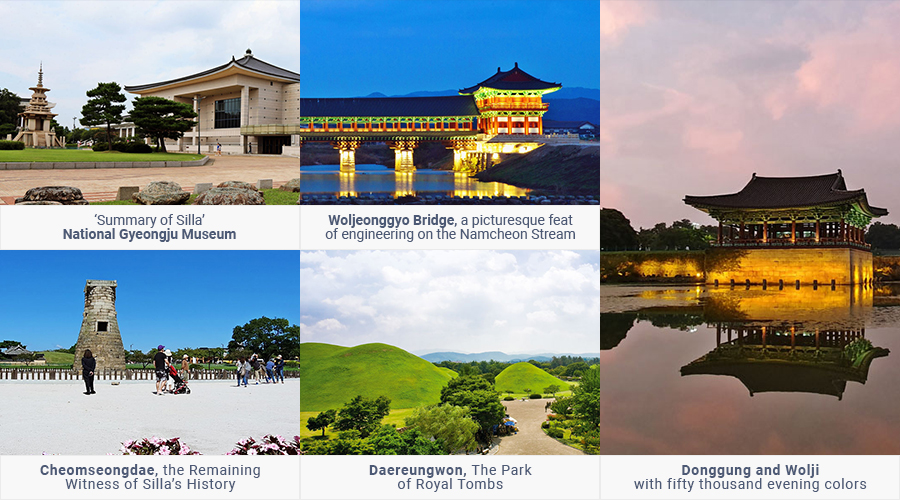 In front of one of Bomun Tourist Complex’s landmarks, the Watermill Square, stands a plaque that says, “The History of Tourism in Korea Begins Here.”
The Gyeongju Bomun Tourist Complex ushered in a new era of tourism in Korea. During a time when merely being able to eat and live under a roof were import, the Complex inspired Koreans to look beyond their daily struggles, and aspire for a life filled with culture and leisure. The Gyeongju Comprehensive Development Plan, which was established in the 1970s, directed heavy attention to tourism. As a result, the Bomun Tourist Complex was built across 793 hectares of land stretching from Bukgun-dong, Sinpyeong-dong, and to Cheongun-dong. Along the shores of a giant man-made lake (Bomun Lake), luxury hotels, condominiums, leisure and recreational facilities, and other special tourist facilities were built to attract tourists from across the country. 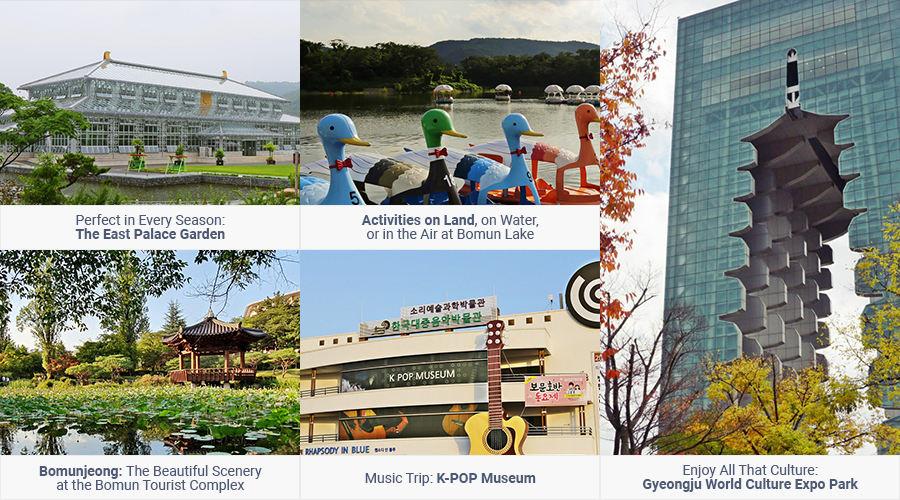 Pilgrimage to the UNESCO World Heritage Sites in Gyeongju 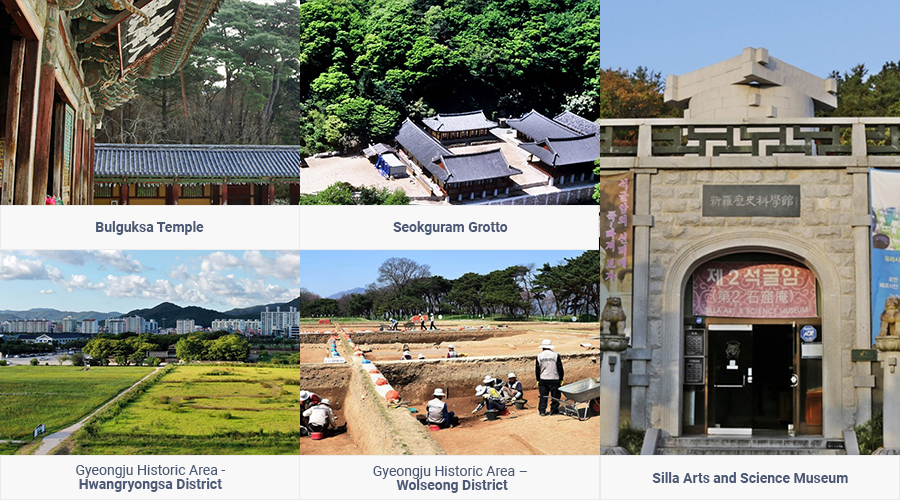 Gyeonju during the Joseon Dynasty

From the Three Kingdoms period to the Unified Silla period, Gyeongju served as the glorious capital city of a powerful kingdom for a thousand years. That’s why Gyeongju and Silla are synonymous when it comes to their respective history. Since the fall of Silla, however, Gyeongju spent another millennia building its own history. Seorabeol of Silla became Donggyeong of Goryeo, and then Gyeongju of Joseon. Throughout its different iterations, Gyeongju developed a unique culture. But today, Gyeongju stands as a melting pot of all three cultures.
Wolseong Palace (royal palace) built during the Silla Dynasty became the Stone Ice Storage built during the Joseon Dynasty, and the site where Gukhak (national university) of Silla used to stand became the site of one of the best known Hyanggyo (academies) institutes during the Joseon Dynasty. It’s time to take a closer look at how Gyeongju evolved over the course of a millennia after Silla. Let’s take a trip to Gyeongju during the Joseon Dynasty. 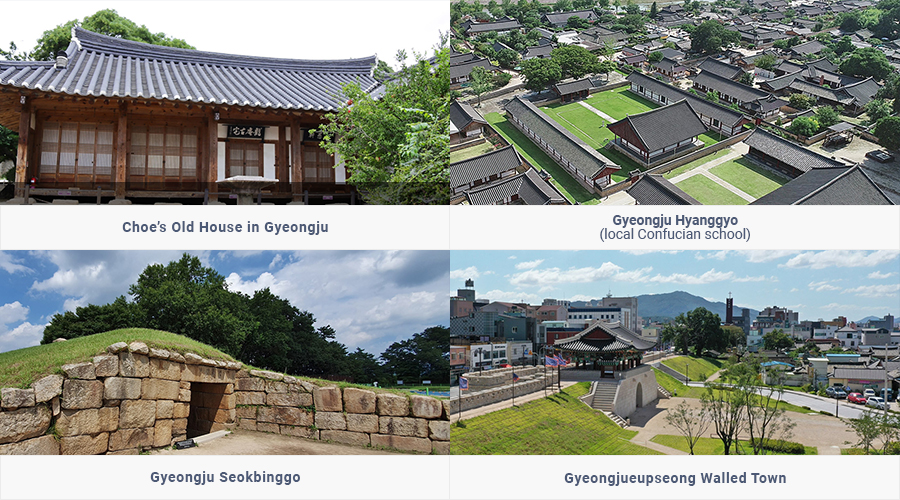 On the Shores of Gyeongju

Even when you’re in downtown Gyeongju, you’ll notice the warm and inviting sea breeze blowing in from beaches near Gyeongju beckoning you towards the sea. You might start imagining the sound of ocean waves drawing you closer. If you’re longing for the sea, it’s time to leave the hustle and bustle of Gyeongju behind for a trip to the beautiful seaside.
Gyeongju may have many things to see but its coastline provides a carefree breath of fresh air. Of course, there are many cultural heritage sites and geological attractions to enjoy while you here as well. But the sea just feels particularly special. Learn about Gameunsa Temple Site and the Tomb of King Munmu, appreciate the natural beauty of Jusangjeolli or sit back and relax at a pool villa nestled in a cozy spot where the land meets the sea. This is a full guide for your trip to the sea. Enjoy your travels and relax! 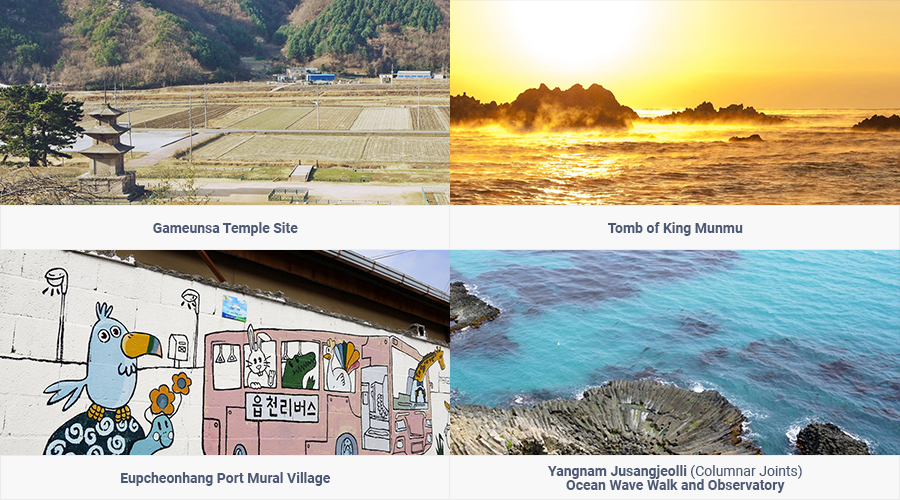